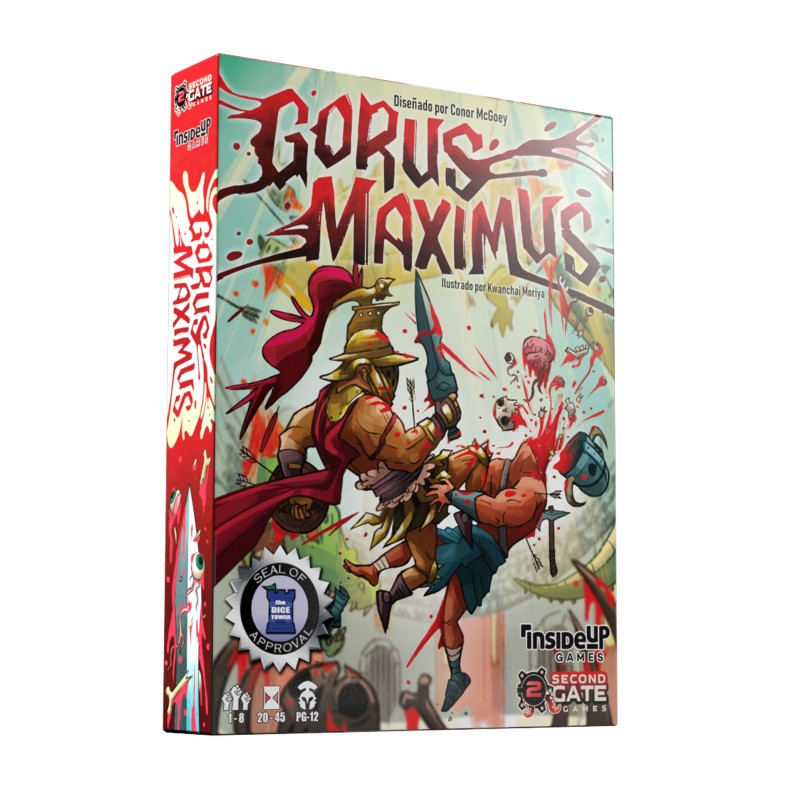 Gorus Maximus is a bloody trick-taking game of gladiatorial combat in which the trump suit can change mid-trick!

Dispatch your strongest gladiators and most ferocious beasts to earn crowd favor! Match the rank of the last gladiator played, and the trump suit changes immediately!

Players compete to collect gladiators with positive crowd favor and avoid those with negative favor. The player with the highest favor at the end of the round earns 1 crowd support. The first player to earn 3 crowd support has won the support of the masses and earns the title: Champion of Gorus Maximus!