Second Gate Games and Facio, a board game publisher based in Taiwan, have agreed a license agreement for the board games Cat Box and Kitty Paw, both developed by Facio’s renowned game author Aza Chen. Second Gate Games will publish both games under its publishing brand in the Spanish speaking markets, launching in stores on October 11th, 2017.

Both games have had a tremendous success in international markets since their first release in 2015. The games are targeted at casual players and families with children as of 6 years old, guaranteeing a fast and fun experience with a wonderfully designed game. They will also appeal to experienced gamers, allowing a challenging test of dexterity (Kitty Paw) and analysis (Cat Box).

The games will be published with multi-lingual rules, including Spanish, Catalan, English, and German. 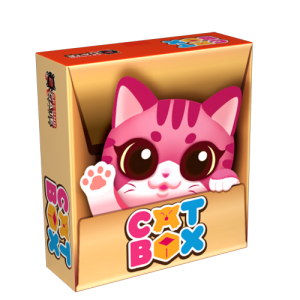 Cat Box is a simple yet clever card game, about cats and the boxes they love!
At the start of the game, players are handed a secret identity, before playing cards (from anyone’s hand) in order fill the play area with cats of their identity. But be careful! Give away your identity too early and others will be able to block your plans! 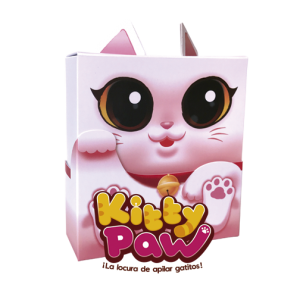 Kitty Paw The craze of stapling kittens!
Kitty Paw is a game of dexterity and speed. Find your kitties and place them in a pattern matching the Kitty card you have chosen. But be fast! Only the first to complete the pattern will win the points.